Top 5 Tokens That May Disrupt the Market in 2022

Altcoin season is in full swing: cryptocurrencies of tech companies are breaking price records and skyrocketing to peak levels within hours. Over the past week, DOT (Polkadot) and 1İNCH tokens have reached historical maximum together with the SAND game token with its almost doubled price. The market is preparing for a new wave of institutional and retail investments that will support altcoin companies in GameFi, FinTech and data protection sectors. We have collected the most promising tokens that could turn the market around in the next 12 months.

The token of Axie İnfinity blockchain game has long been catching users. Based on Pokemon cartoon anime, the Play-2-Earn-style game has already acquired an army of players from all over the world and its native AXC token is setting new price records. In early November the coin was traded around $142, but in the next 24 hours, it rolled back.

However, experts are confident that in the next few months AXC token will be able to return to $145 and above, as the heyday of the GameFi segment will be in 2022. Therefore, investors should stock up with tokens of game projects now, as well as pay attention to native NFT, which will also grow in price. 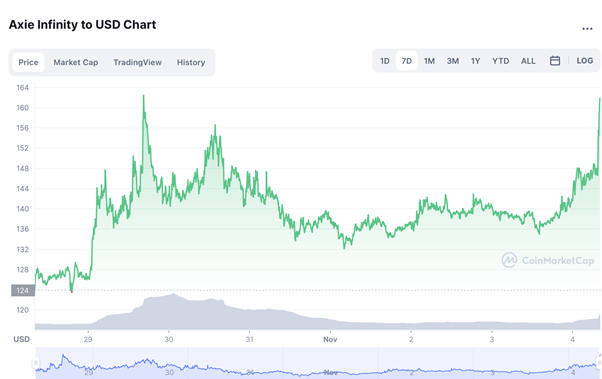 That is another token from the world of GameFi segment that may become a real breakthrough of the year. Holding True Group (a large iGaming developer) has allocated TFL in a separate area. As part of it, Play-2-Earn activities and the NFT marketplace will be launched. The team is also working on its own gaming metaverse and crypto wallet for the gaming industry.

The company has a huge experience in iGaming, as confirmed by several awards in the gaming industry. The updated site with new tokenomics will be initiated in November this year. That’s why investors and users are following TFL news and awaiting the official announcement. Only on expectations, the token cost increased several times in less than a month. 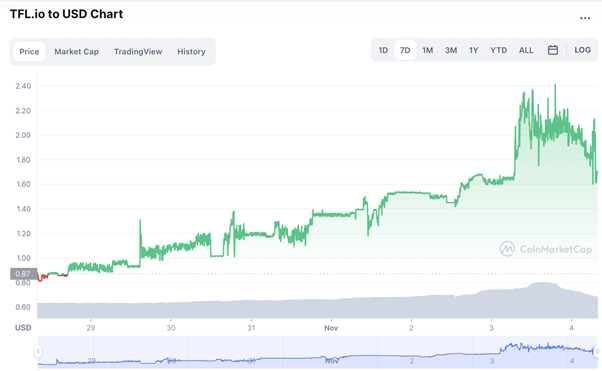 A promising and quite well-known project offers simple and affordable solutions to use cryptocurrency for smartphone owners. The ecosystem functionality makes crypto payments instant and barrier-free by using phone numbers as public keys. In fact, users will be able to transfer cryptocurrencies from wallet to wallet using their own smartphones.

Native CELO token, tailored to PoS algorithm, is used as an internal payment to pay transaction fees and platform services. Also, the company plans to release several proper stablecoins. According to developers, the Celo ecosystem will be especially important in countries with an underdeveloped banking system. Residents of such countries will use CELO as a payment instrument for international transactions and earn coins from staking. 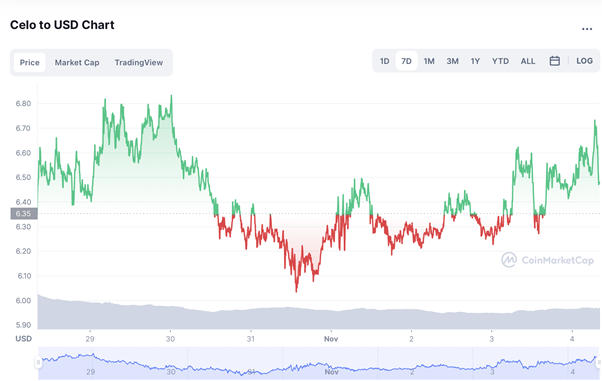 One of the most promising projects in Avalanche blockchain technologies has a token that is trying to solve the problem of network scalability and lower gas payments. The company has already developed three blockchains to exchange AVAX tokens for other cryptocurrencies with nearly no commission. The company intends to develop and implement algorithms in the future that will scale existing blockchains endlessly.

As for the AVAX token, it is used primarily as a payment instrument within the platform to pay commissions and fees. Due to the company’s ambitious plans, investors are buying up tokens massively now in contemplation of a speedy rise in prices. If Avalanche is able to realize all the plans, then the coin value would grow several times next year. 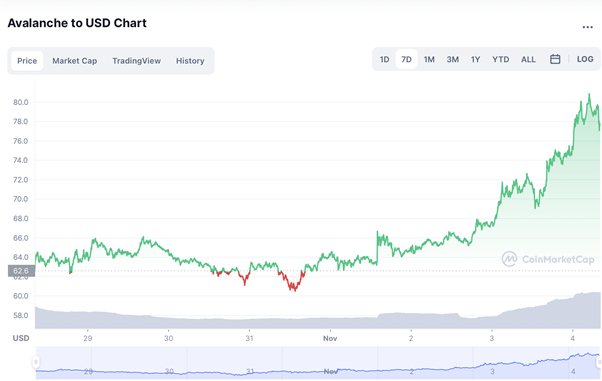 Among the top five most promising tokens is SAND token, issued by Sandbox company. SAND token is used as payment within the metaverse of the same name, where users can buy land, build houses, open their own virtual stores, schools and receive real cryptocurrency.

In the last days of October and early November, the value of SAND token increased by 10%. The likely reason for the growth was Mark Zuckerberg’s announcement of Facebook rebranding and renaming it to Meta, implying a new metaverse creation. Experts predict the popularization of metaverse next year, so the token has a good chance of a rise in price. 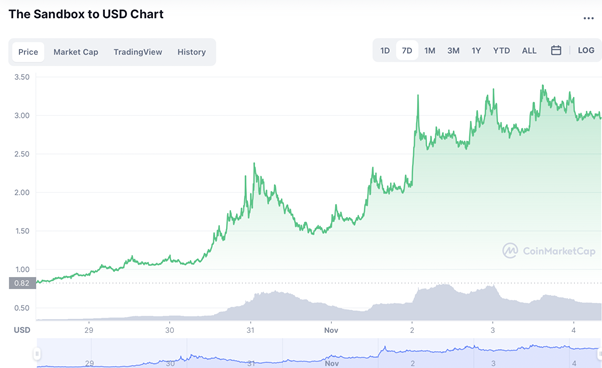 The next year of 2022 will be a period of GameFi sector’s rapid development and will be marked as a creation of many metaverses that will gradually integrate into the real world. Such project tokens will grow rapidly in value, bringing good dividends to their holders. Hence, many investors are buying up GameFi project coins in anticipation of explosive growth now.